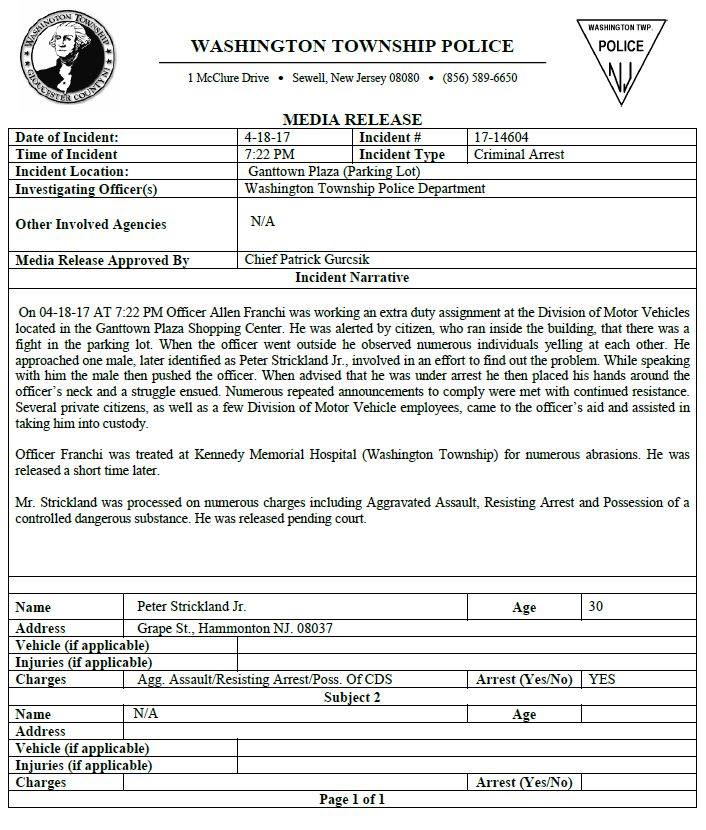 A Hammonton man was arrested after he allegedly assaulted a police officer who was trying to break up a fight.

Officer Allen Franchi was working an extra duty assignment at the Motor Vehicle Commission office in Ganttown Plaza shopping center on the evening of April 18 when he was alerted to a fight in the parking lot, according to a release by Washington Township Police.

Franchi found several people yelling at each other and approached one of them — Peter Strickland Jr., 30, of Grape Street, Hammoton — to find out what was happening.

Strickland allegedly pushed Franchi. After being told he was under arrest, Strickland “placed his hands around the officer’s neck and a struggle ensued,” according to the police.

Strickland was charged with aggravated assault, resisting arrest and possession of a controlled dangerous substance, and released pending a court appearance.