LOCATION, LOCATION: Hackensack drug detectives early Friday arrested an ex-con who they said was dealing pot and cocaine from a house next door to a  childcare center, down the block from a middle school and around the corner from police headquarters.

David Hamblin, a 56-year-old British national, was charged with various drug counts and sent to the Bergen County Jail pending a detention hearing. 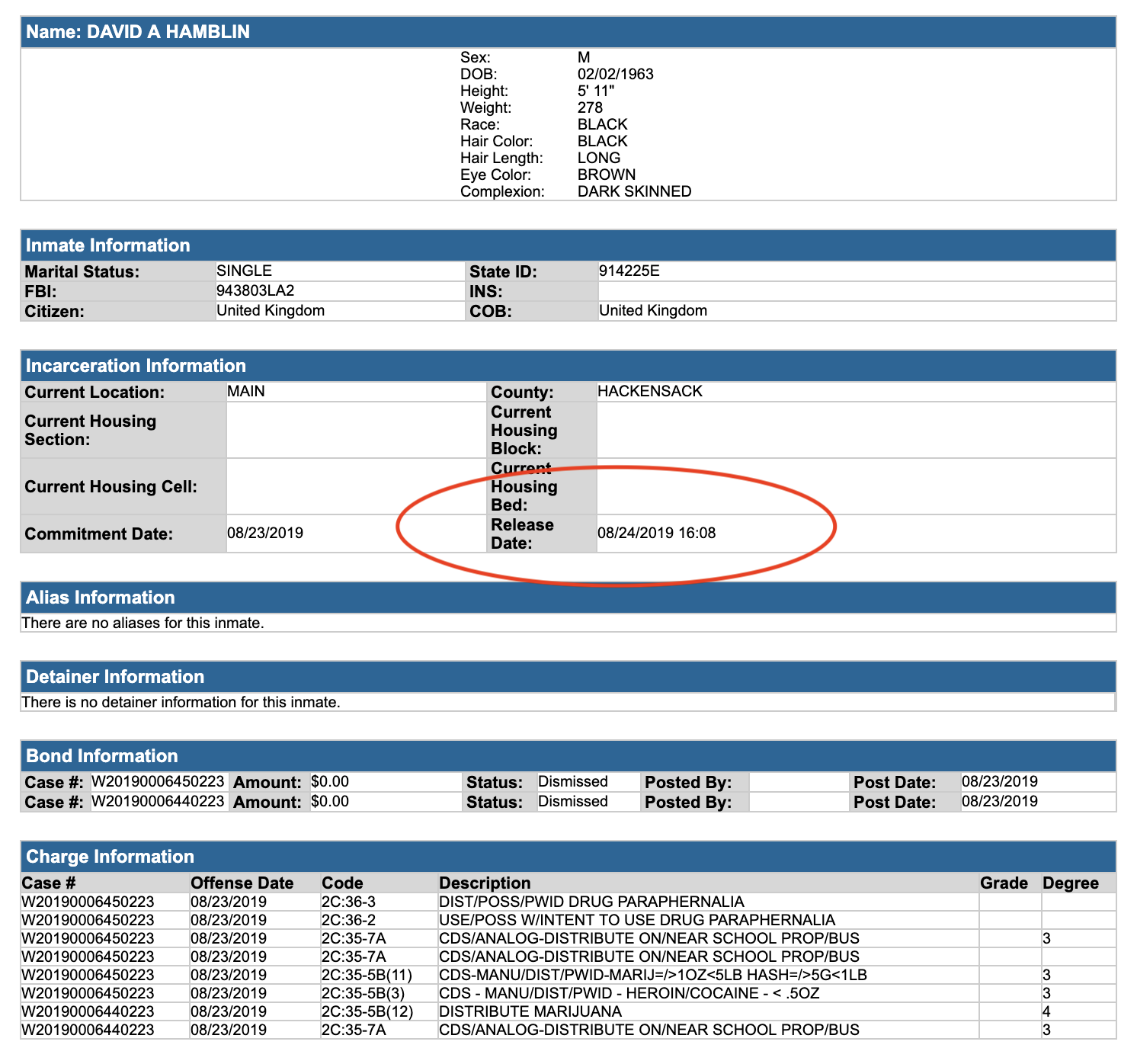 Hamilin was released the next day and FREE TO GO under NJ Bail Reform after the Arnold Foundation’s “Pretrial Risk Assessment Tool" determined he was not a danger to the community or a flight risk and therefore should not be subject to any accountable release – just a “promise” to appear.

The release is yet another example of the thousands of unaccountable pretrial releases of those criminally charged under the NJ Bail Reform Act.