Brad A. Montgomery, 35, of Scarborough, Maine, was arrested during a routine traffic stop on Thursday with several pounds of marijuana, drug paraphernailia, and several knives.

Montgomery was charged for the weapon and various drug offenses.

Montgomery was later released and FREE TO GO under NJ Bail Reform after the Arnold Foundation’s “Pretrial Risk Assessment” tool determined that he was not a danger to the community or a flight risk and therefore should not be subject to any accountable release – just a “promise” to appear. 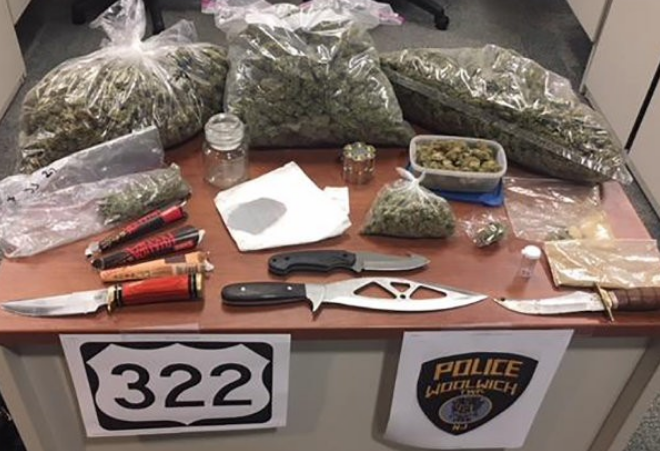 Township police reported a busy start to November as officers recovered a stolen handgun and seized a large quantity of marijuana this week.

Rucker “detected the presence of illegal narcotics” and searched the vehicle, police said.

That search turned up illicit narcotics and a loaded Ruger LC9 9mm handgun.

Police learned the gun had been reported stolen.

The driver, Grant S. Grandison, 32, from Bronx, New York, was arrested without incident, charged with weapon and theft offenses, and jailed in Salem County Correctional Facility pending a detention hearing.