New Jersey Courts and judges still don’t get it…it’s not about the money…it’s about the accountability.

Lauren Suprun, 30, of Malaga, Gloucester County’s most recent “Fugitive of the Week” was apprehended (on the taxpayers dime of course) after she failed to appear for multiple scheduled court appearances – after being released unaccountable and FREE TO GO thanks to New Jersey’s new Bail Reform Act.

Suprun had been on the run – blowing off court on June 23 and July 6 – to avoid facing charges of drug possession, theft, and burglary. Suprun, yet another poster child for the failing Bail Reform Act, was arrested in Buena Vista by police – courtesy of the taxpayer.

All three judges chose Door #3 – monetary bail with a 10% option.

Here’s the problem…this is the epitome of true unaccountable release with ZERO supervision.

Advocates for bail reform are quick to argue the injustice of offenders under the old system “buying their way out of jail” – yet that is exactly what a 10% option bail to the court is with no supervision.

10% Option Bail requirements are solely based on the defendant posting 10% of the bail amount in cash (in Suprun’s case $2,625 collectively) to the court. Money and money ONLY is the determining factor. No family involvement. No supervision. CASH.

With a commercial surety bond (through a bail agent licensed with the Department of Banking & Insurance), the burden of appearance and performance would be a third parties cross to bear – the licensed bail bond agent. 100% guarantee of appearance at no cost to the taxpayer.

In order to secure a bond, the defendant would have had to enlist the help of her friends and family to sign for her – a team of individuals supervising her and monitoring her upon release…100% accountable for her appearance.

New Jersey Courts, you have missed the mark again.

Even when your own system is horribly failing, your stopgap is to revert back to a truly unaccountable system based solely on money to secure freedom…10% option bail.

Your calculated, careful, and stedfast determination not to validate the important role commercial bail in our court system plays is painfully obvious and will once again have dangerous and costly consequences.

Your choices completely disregard public safety and accountability, yet you continue to be blinded by your own arrogance to prove that bail reform will work – even when the citizens you serve can plainly see that it doesn’t. 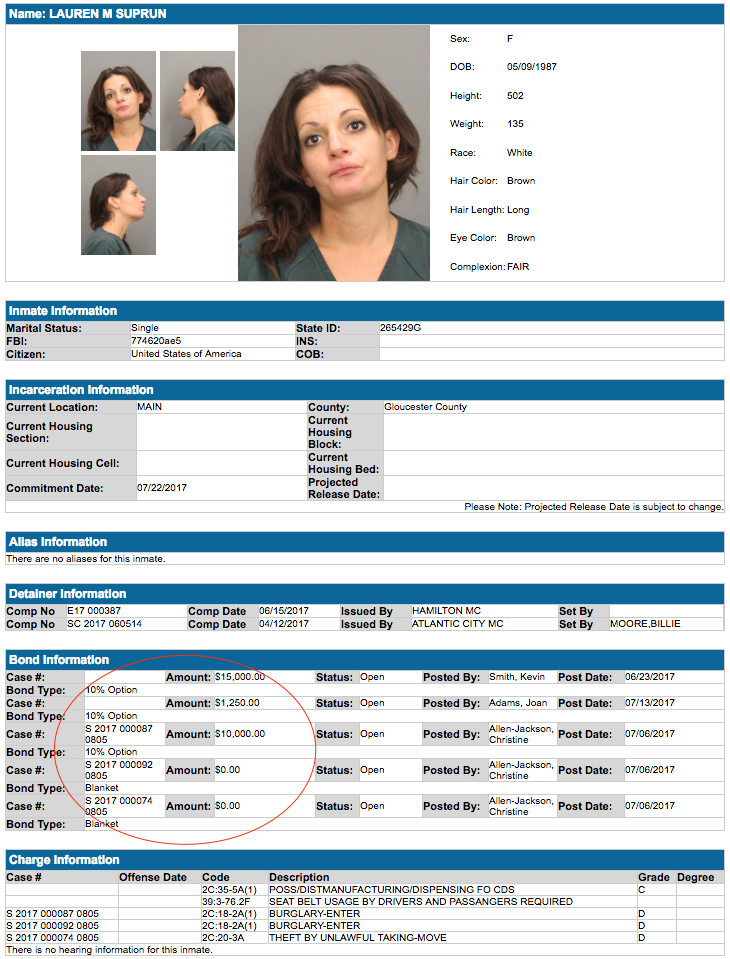