Albuquerque, NM – A woman who was charged with battery upon a police officer and aggravated battery upon a heath care worker is now FREE TO GO – smiling her way out of the courtroom – thanks to NM Bail Reform.

Kortnee Currie, during her first appearance before Judge Rosemary Cosgrove-Aguilar, was released and FREE TO GO under NM Bail Reform after the Arnold Foundation’s “Pretrial Risk Assessment” tool determined that she was not a danger to the community or a flight risk and therefore should not be subject to any accountable release – just a “promise” to appear. 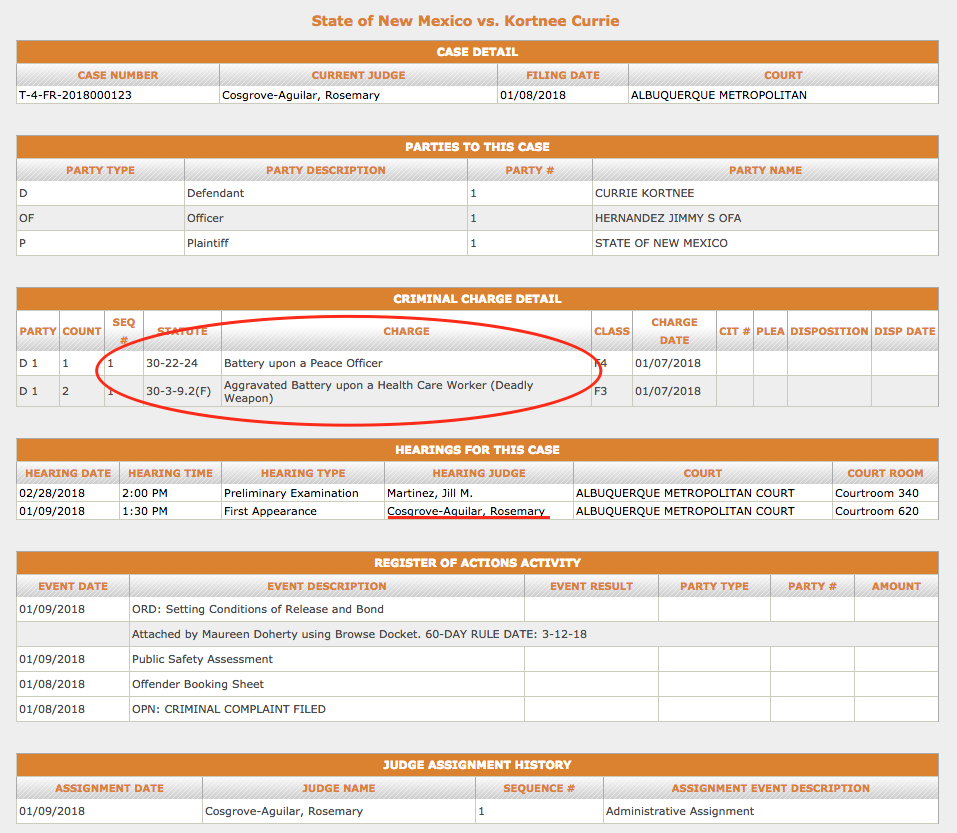