Pallisades Park, NJ – According to the Bergen County Prosecutor’s Office press release, Min Sung Jeon was charged with 2 counts of 2nd degree sexual assault – only later to be released and FREE TO GO thanks to NJ Bail Reform after the Arnold Foundation’s “Pretrial Risk Assessment” tool determined he was not a danger to the community or a flight risk and therefore should not be subject to any accountable release – just a “promise” to appear. 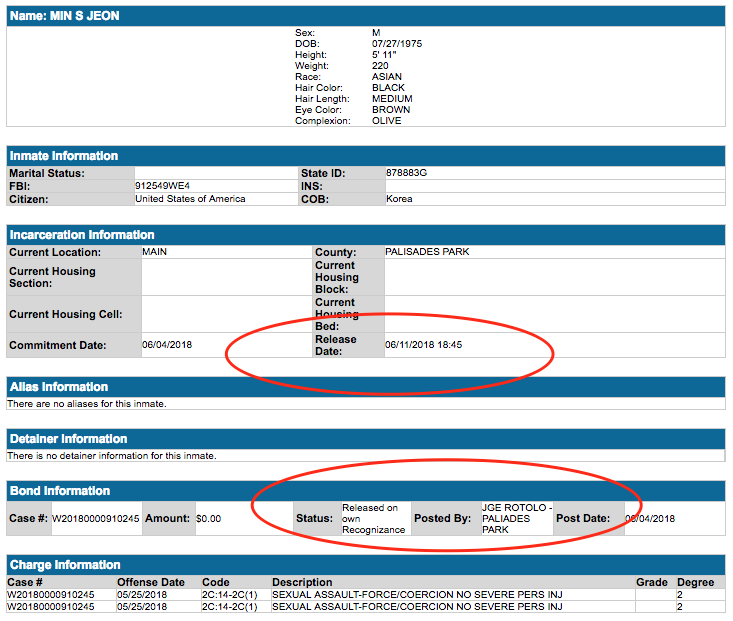