IT worker charged with trafficking hundreds of files of child pornography now back home the next day under NJ Bail Reform Act.

Hacksensack, NJ – Yenhung Lee, 34, an IT worker, was charged with possessing child pornography after a search warrant conducted by the Bergen County Prosecutors office.

Authorities found hundreds of file images of child pornography during the investigation.

Lee was sent to Bergen County Jail only to be released and FREE TO GO the next day under NJ Bail Reform after the Arnold Foundation’s “Pretrial Risk Assessment” tool determined he was not a danger to the community or a flight risk and therefore should not be subject to any accountable release – just a “promise” to appear. 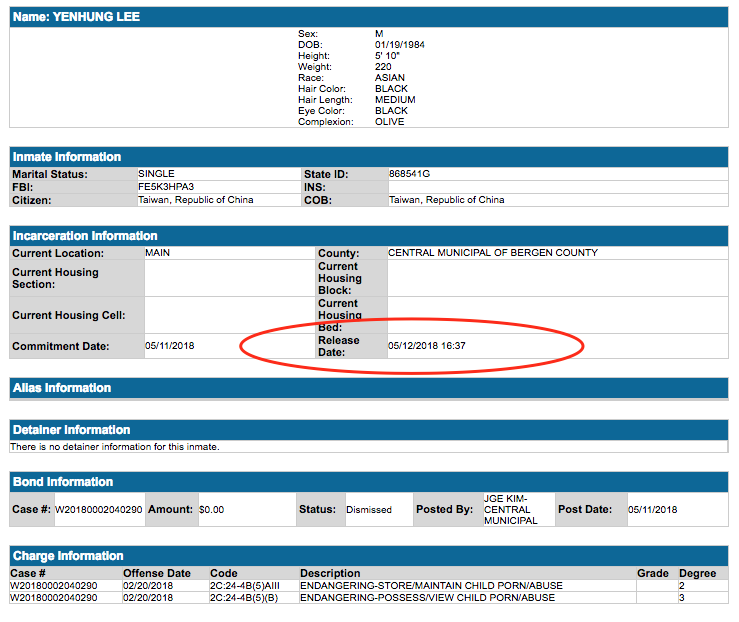 (reported by Jerry DeMarco of the Daily Voice)