Bryan Apodaca, a maintenance supervisor for Albuquerque Public Schools, is charged with promoting prostitution and contributing to the delinquency of a minor after allegedly offering to pay a minor that he knew for sex.

Apodaca allegedly sent text messages to the minor offering payment for sex and telling the minor “can I be with you one time, don’t say anything.”

Apodaca was released and FREE TO GO under Judge Cindy Leos and NM Bail Reform after the Arnold Foundation’s “Pretrial Risk Assessment” tool determined that he was not a danger to the community or a flight risk and therefore should not be subject to any accountable release – just a “promise” to appear.

The release is the result of the newly enacted Supreme Court guidelines issued by Chief Justice Daniels that virtually eliminates accountable pretrial release and bail. 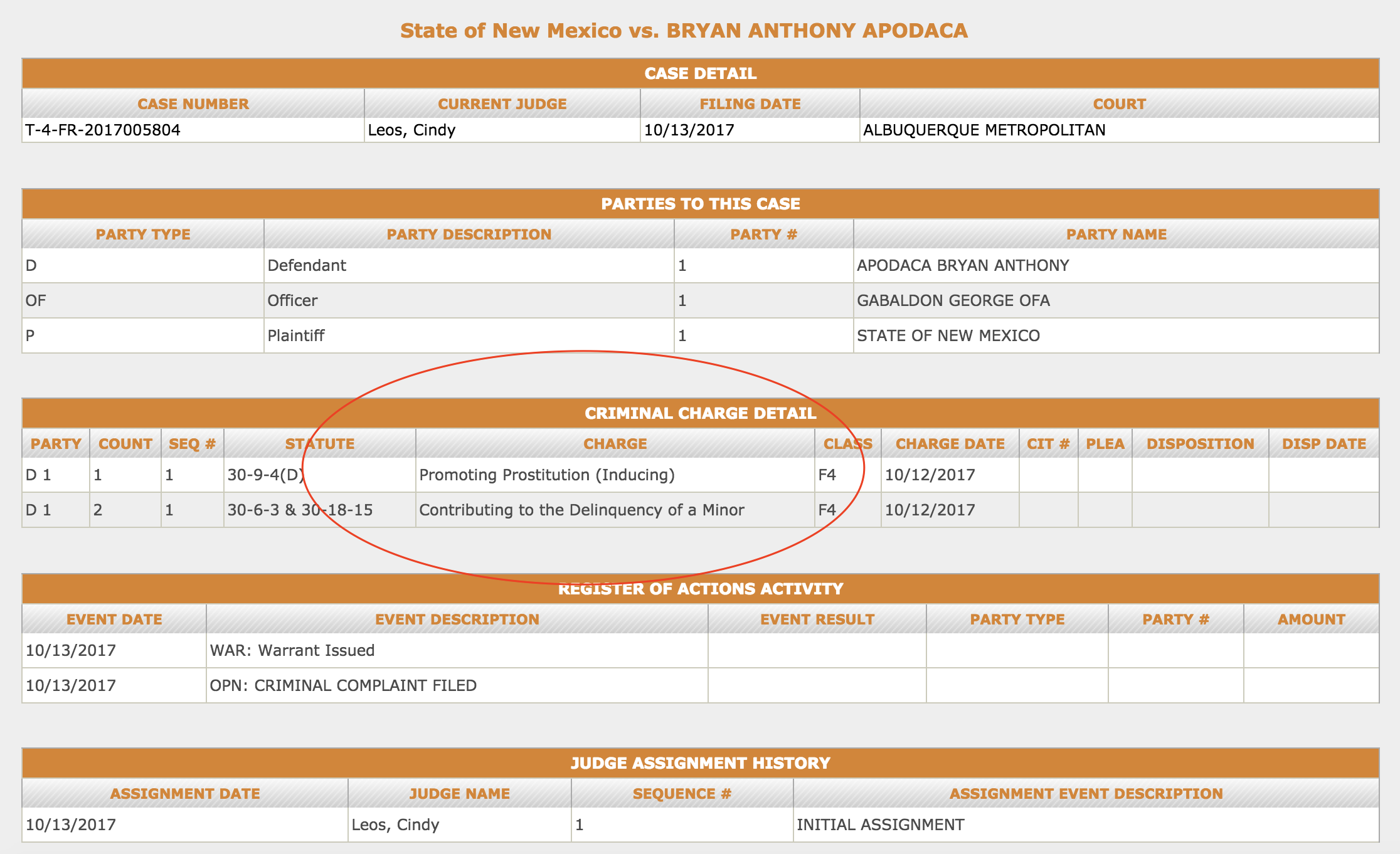 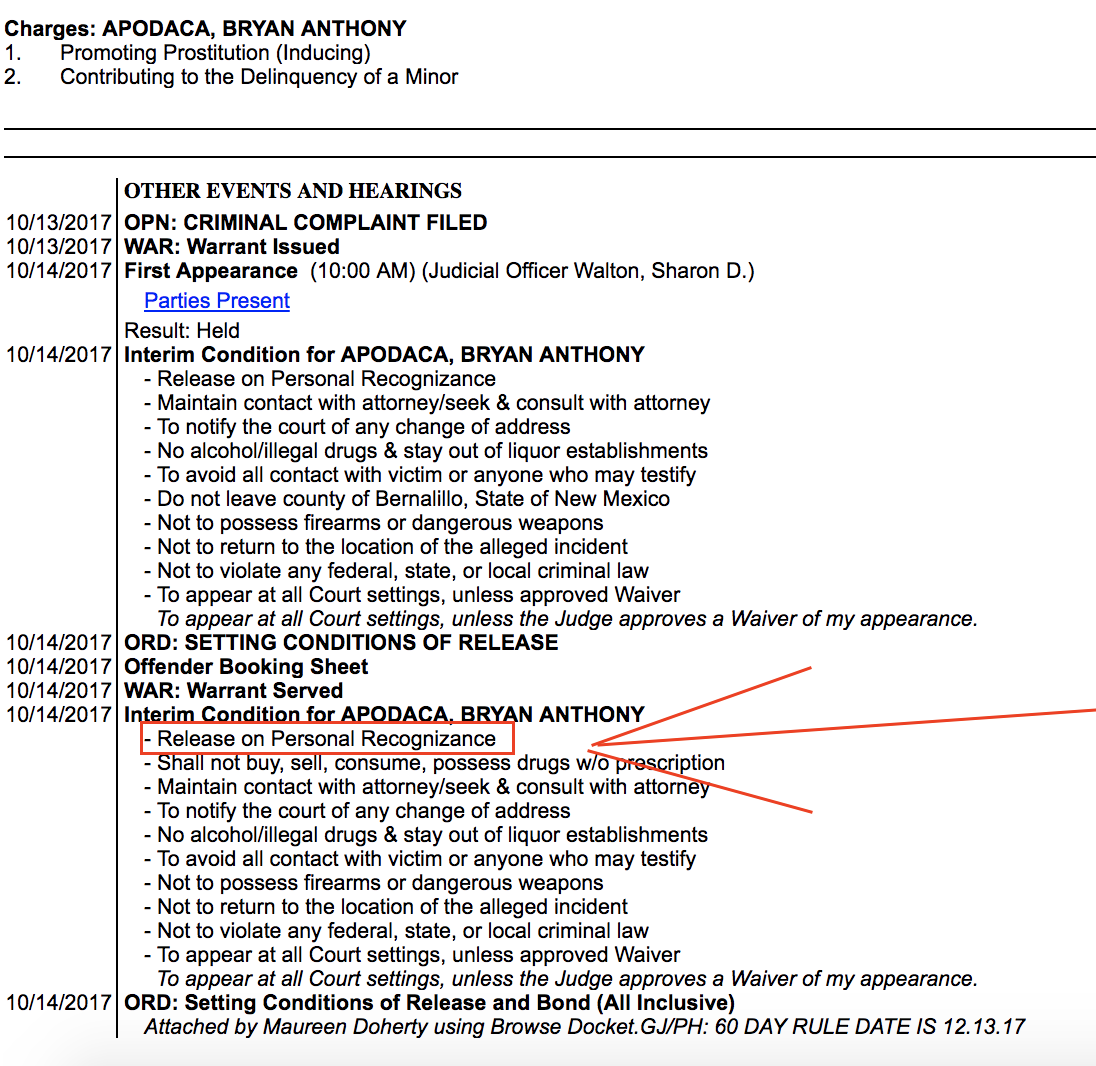