After failing to appear for court relating to charges of 2nd degree murder, a New Mexico man has been released yet again under NM Bail Reform guidelines.

Benjamin Chavez, 24, was charged with 2nd degree murder in January of 2015.  Chavez failed to appear for arraignment on February 23, 2018 and was subsequently arrested on March 1, 2018.

after the Arnold Foundation’s “Pretrial Risk Assessment” tool determined that he was not a danger to the community or a flight risk and therefore should not be subject to any accountable release – just a “promise” to appear. 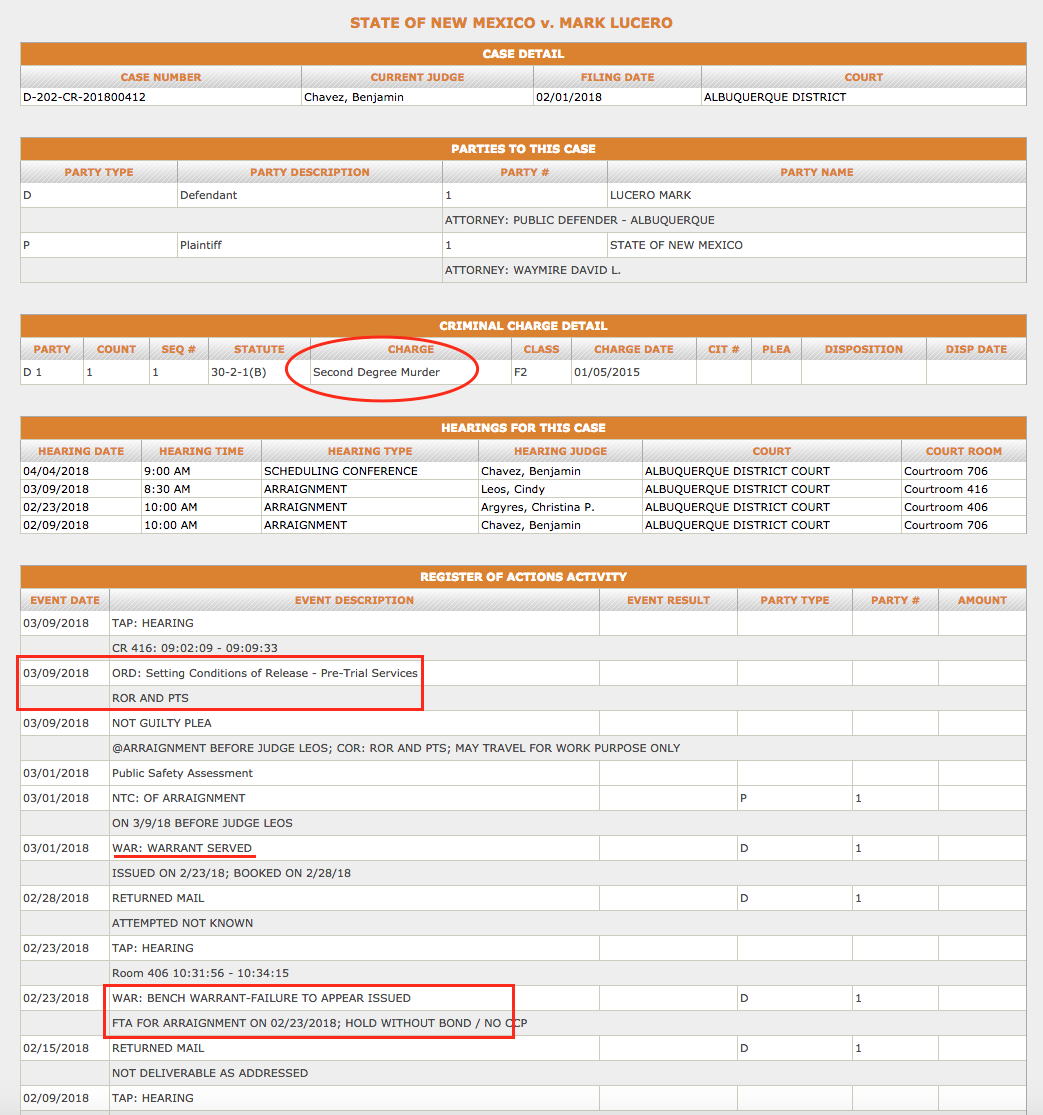