Glen Rock Police arrested Richard Campbell, 27, of Matamoras, Pa, and Amanda L Strohmeier, of Port Jervis, NY for possession of 120 bags of heroin and drug paraphernalia after a routine traffic stop – both are FREE TO GO on a “pinky promise” thanks to NJ Bail Reform. 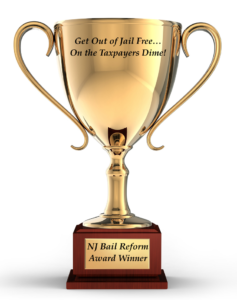 Strohmeier also received summonses for driving with drugs in the car, having an obstructed windshield and improperly displaying license plates, the chief said.

The passenger, a 27-year-old Matamoras PA man, was charged with possession of narcotics and possession of hypodermic syringes, he said.

Both were released under New Jersey’s new bail law and given April 21 appearance dates in Central Judicial Processing Court in Hackensack.