Kenneth Pierce, 52, a homeless Bernalillo County man, was arrested on Aug 29 for assaulting a police officer (Statute 30-22-24, Battery on a Police Officer).

Pierce made his first appearance the next day and was released and FREE TO GO under NM Bail Reform after the Arnold Foundation’s “Pretrial Risk Assessment” tool determined that he was not a danger to the community or a flight risk and therefore should not be subject to any accountable release – just a “promise” to appear.

The release is the result of the newly enacted Supreme Court guidelines issued by Chief Justice Daniels that virtually eliminates accountable pretrial release and bail. 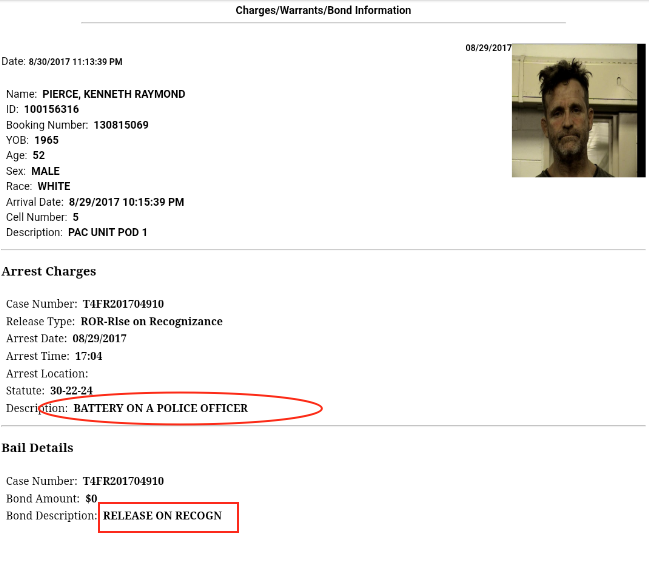 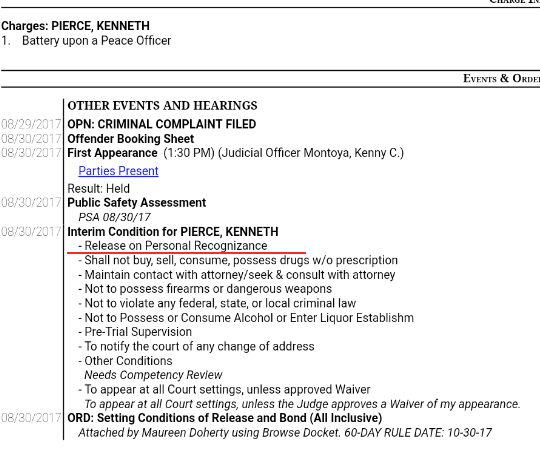