Michael James Sammon, 28, was arrested on April 25 on charges of battery and criminal damages to property.

Sammon was later released and FREE TO GO under NM Bail Reform after the Arnold Foundation’s “Pretrial Risk Assessment” tool determined that he was not a danger to the community or a flight risk and therefore should not be subject to any accountable release – just a “promise” to appear.

Well, he failed to appear.

After a warrant was issued on July 8, he was arrested and on July 10 on new criminal charges. Once again, he was released on a “pinky promise” on July 10.

Once again…he failed to report to pretrial services and a new warrant was issued.

On August 21, Sammon failed to appear again. Sammon was arrested on Sept 7.

Again, Sammon was released on September 8. 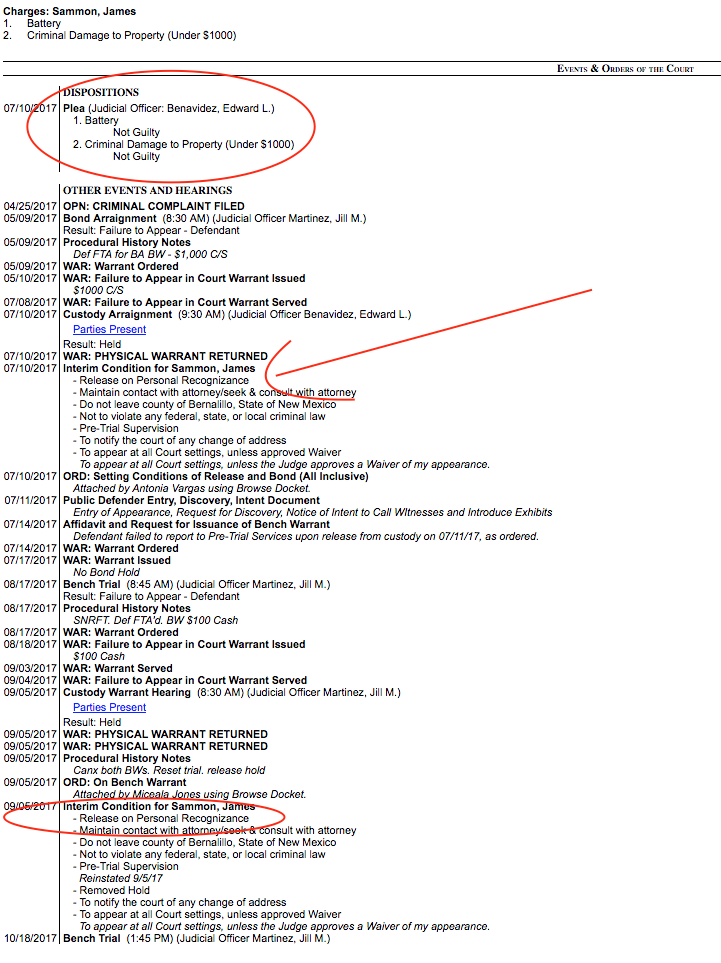 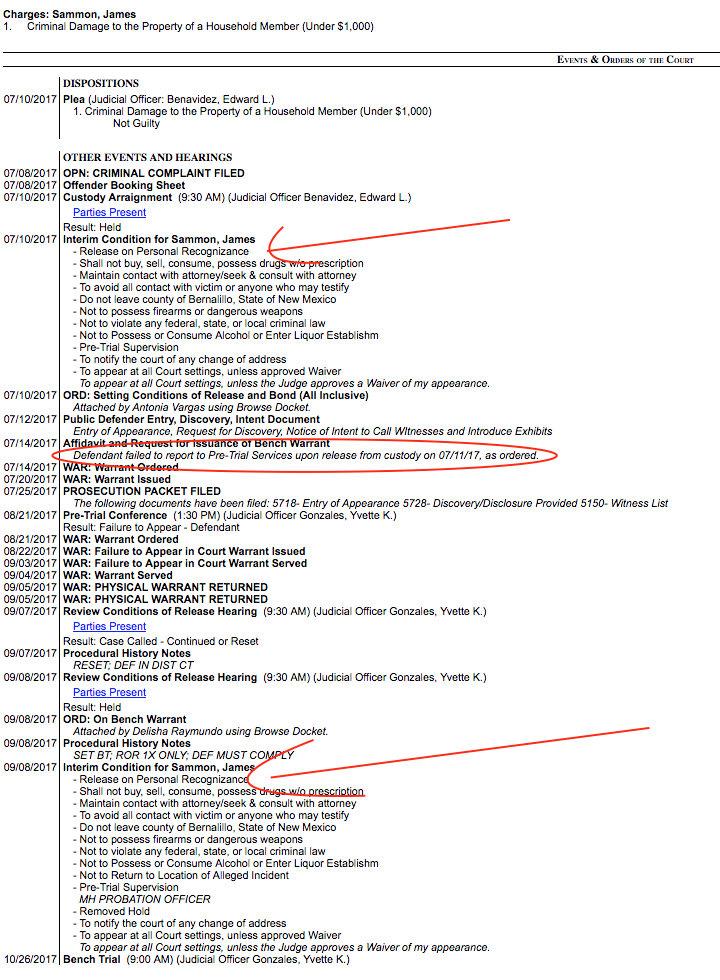