Price is the co-defendant and son of murder suspect Joe Price – who also has been released and FREE TO GO under NM Bail Reform. Price is currently on parole for aggravated burglary with a deadly weapon.

After his arrest, Price was later released by Judge Cindy Leos and FREE TO GO under NM Bail Reform after the Arnold Foundation’s “Pretrial Risk Assessment” tool determined that he was not a danger to the community or a flight risk and therefore should not be subject to any accountable release – just a “promise” to appear. 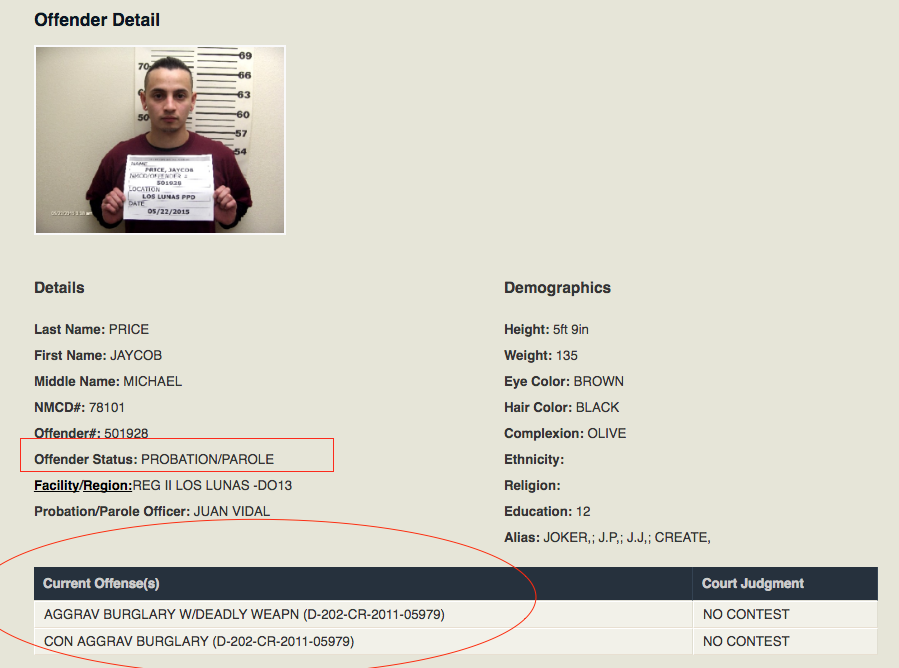 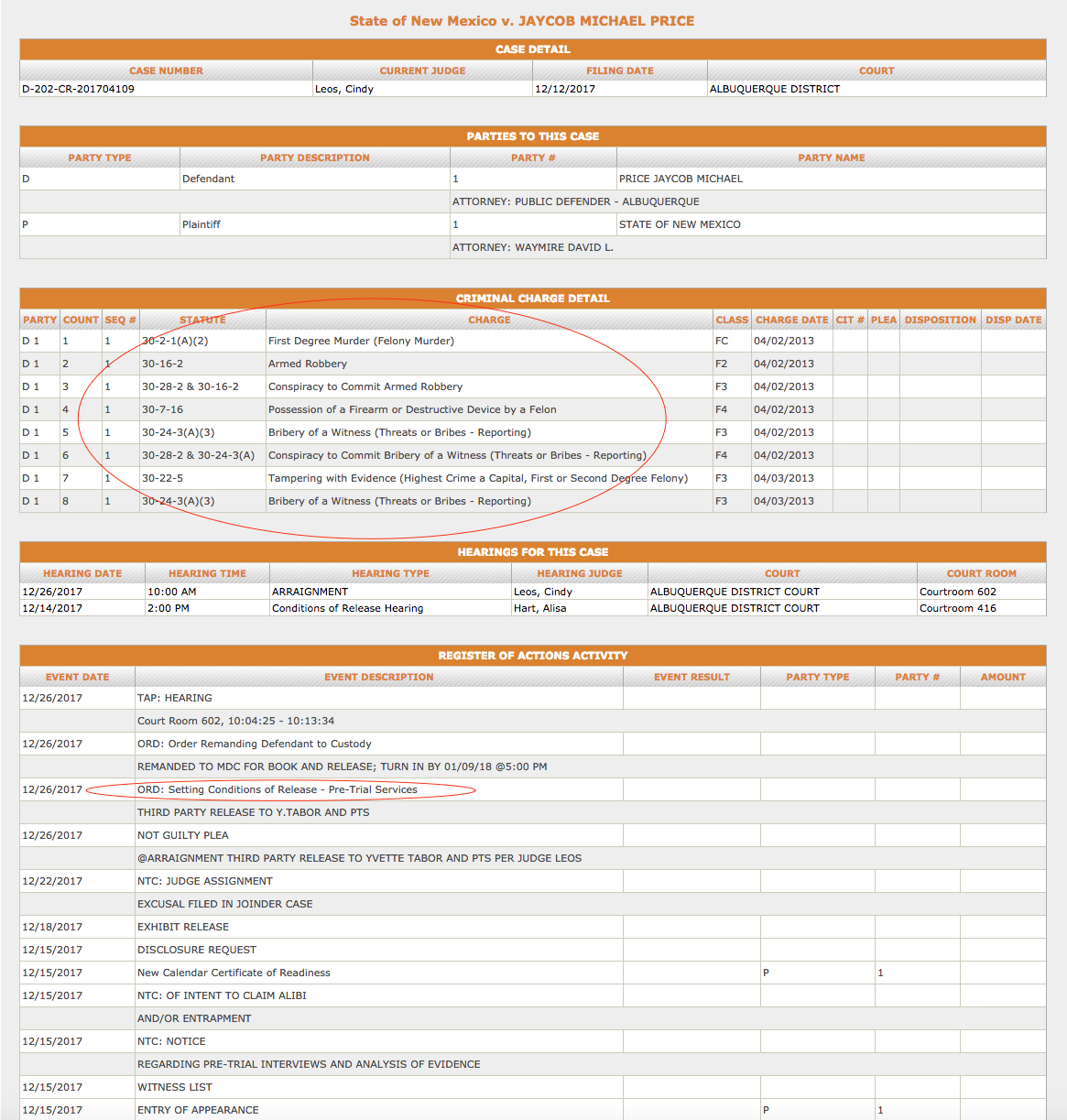