A drunk driver – traveling with his two children – who ran a red light and killed another driver has been released under NM Bail Reform.

Steven Deskin, 30, was allegedly driving drunk with his 3 and 2-year-old children when he ran a red light and crashed into another vehicle – killing the other driver.

Deskin failed his sobriety test and witnesses claim he was traveling near 100 mph weaving in and out of traffic when the crash occurred. Deskin was charged with homicide by vehicle and two counts of child abuse.

Deskin was later released and FREE TO GO by Judge Sharon Walton under NM Bail Reform after the Arnold Foundation’s “Pretrial Risk Assessment” tool determined that he was not a danger to the community or a flight risk and therefore should not be subject to any accountable release – just a “promise” to appear. 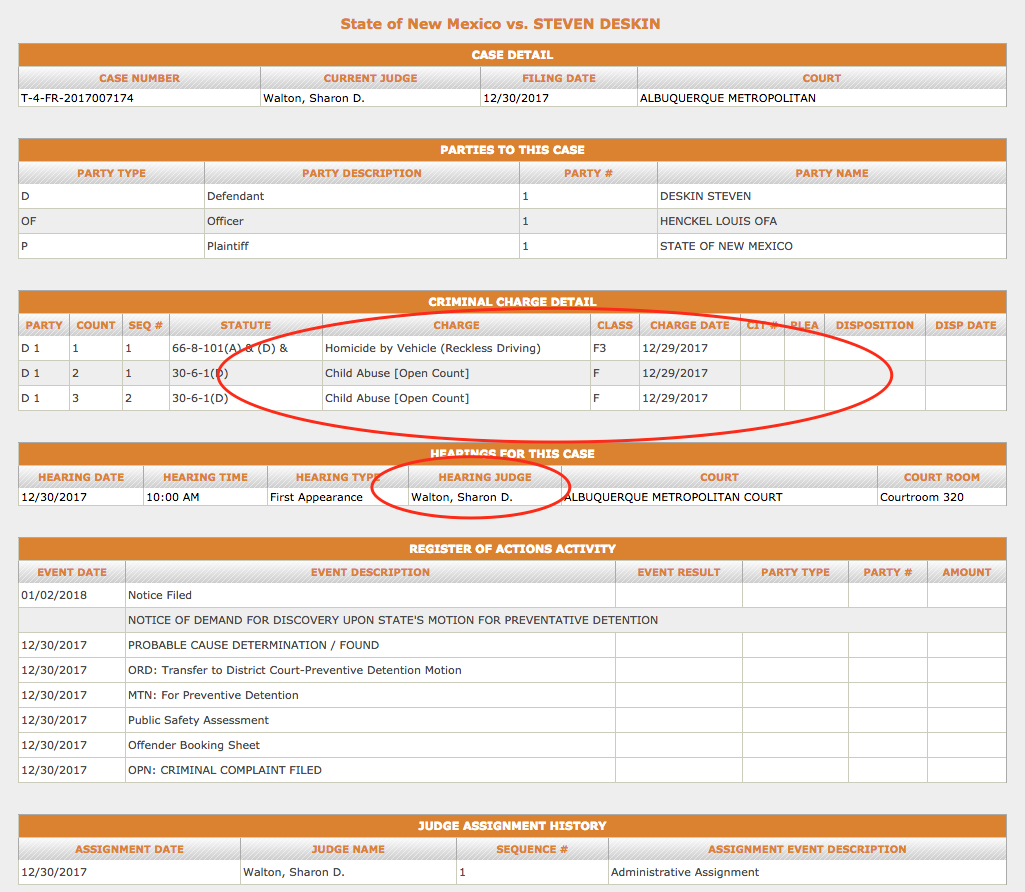 KOB was in the courtroom Wednesday as a judge released Steven Deskin on his own recognizance.

The 30-year-old Deskin is accused of driving carelessly, and possibly drunk, on Dec. 30 before crashing into a vehicle stopped at a red light at Wyoming and Montgomery.

The driver of that car later died at the hospital.  According to a criminal complaint, witnesses say Deskin was traveling at a high-rate of speed and weaving through traffic before the crash. Police say he had his 3-year-old and 2-year-old in the car with him.

Police arrested Deskin after he failed field sobriety tests. He is facing charges of homicide by vehicle and child abuse without great bodily harm.

In court Wednesday, prosecutors did not present any blood evidence to prove Deskin was drunk at the time of the crash.  He does not have any criminal history.

CLICK HERE to open Action Center in a new Tab